Genghis identifies and invests in new businesses and supports portfolio companies. He focuses on exits of venture investments via mergers and acquisitions and IPOs. Genghis’ current and past board positions include Avillion, GenSight Biologics, HBI, Novexel, Solexa, Synosia, Syntaxin and Wilson Therapeutics.

Genghis joined Abingworth in 2004 from Credit Suisse First Boston (CSFB) where he was a Managing Director in the European Equity Research Group based in London. Genghis was responsible for coverage of the European biotechnology industry and was ranked first for Pan-European Biotechnology in the Institutional Investor surveys each year from 2001 to 2003. Before joining Equity Research at CSFB, he worked for CSFB’s Health Care Group in the Investment Banking Division in New York. Genghis was previously a paediatrician in Melbourne, Australia. Genghis holds a Medical Degree from the University of Liverpool in the UK, a PhD in Clinical Pharmacology from the University of Melbourne, Australia, and an MBA from Harvard Business School. 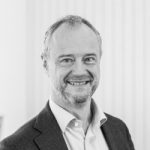 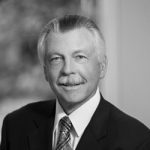